A “Thousand years with Clay”.

John and Annette are potters at the Albrighton Pottery who have been making pots for over 50 years.  Annette studied at Hornsey College of Art in London and John at the University of West Sussex.  They promise us a talk with a difference.  Their light-hearted talk will not only deal with the history of potting but will offer the audience a hands on experience of working with clay. 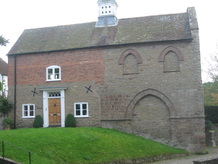 Jonathan is a full-time writer, architectural historian and town guide in Ludlow, who has extensively researched St Thomas’ Chapel, a building which has seen many changes in its long history and is now a private house.  It is the oldest building in Ludlow outside the castle. Jonathan’s research has raised many interesting questions which will feature in his talk.  The owner of the Chapel, Camilla Caldwell, has kindly agreed to open up the Chapel at the end of the talk providing a rare opportunity for members to view it. 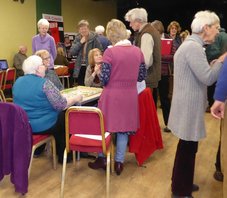 The AGM will be held at 10.30 in Ludlow Assembly Rooms. At this meeting a new committee will be elected. Nomination forms for this election can be downloaded here. Papers for the AGM are sent out at the end of February.

On 27th March, before and after the AGM you will have the opportunity to visit the Study Groups Fair, which opens at 10 am and goes on until 12 noon in Oscars. There you will find stalls provided by a wide range of different study groups. After the AGM there will also be presentation from several study groups in the Auditorium. This is an opportunity to find out more about what goes on in a variety of study groups. 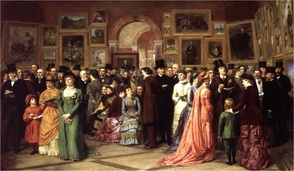 “William Powell Frith”
​
Stephen is an art historian and a guide at both the Royal Academy of Arts and the V&A in London.

William Powell Frith was an eminent Victorian painter of celebrated panoramas of modern life.  His large canvasses, crowded with figures and incidents and portraying people from all walks of life, were a sensation in their day and his work “Derby Day” remains as popular today. He has been described as the greatest British painter of the social scene since Hogarth.

Stephen's talk culminates with an examination of what is perhaps his most fascinating work “A Private View at the Royal Academy. 1881 – a satirical extravaganza targeting fashion and high society in Victorian London. 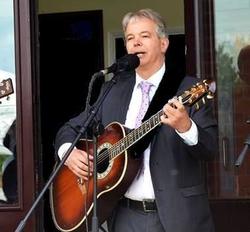 Life in the Music

Andy, who comes from Rugby and has spoken to many U3As, is a singer/song writer and multi-instrumentalist with a dry sense of humour. He will be bringing along a car full of instruments (guitars, mandolin, ukulele to name but a few) and explain a bit about them. Expect a humorous and entertaining talk with nostalgic anecdotes guaranteed to send you home smiling 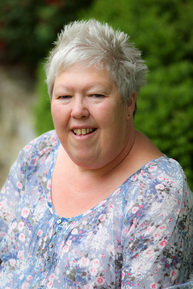 Sally’s interest in hearing loss began when she attended a school which had a special unit for deaf children.  The interest continued when, in the course of employment, she needed to communicate with two profoundly deaf employees.  She learned British Sign Language and has since qualified as a teacher of lip - reading. 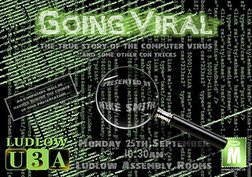 Mike has worked as a desktop support analyst and computer trouble-shooter for large corporations in the UK and abroad.  In his presentation he will reveal the truth about computer viruses, banish fears of computer technology and show how to laugh at computer confidence tricksters.  A must, surely, for those coming to computers later in life.
. 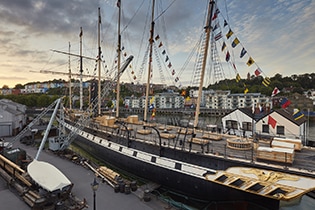 "Restoration of the SS Great Britain"

SS Great Britain, a Brunel designed steamship, the first with an iron hull and the first driven by a propeller, was launched in 1843.  It was the largest and fastest afloat and transformed ship building and sea travel for ever.

Ian’s presentation tells the story of its original design through the different phases of its working life and its incredible salvage and return to Bristol in 1970.  It has been restored, preserved and “re-launched” as a multi-award winning museum of international renown.
27 November 2017

Save the date for the Quiz!

There is no meeting in December