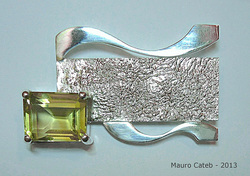 Nearly fifty members and friends headed for Birmingham and our visit to these historic buildings. We divided into two groups and my group first visited the Assay Office .  Here, after coffee and biscuits, we were greeted by Dr. Sally Hoban, who had spoken previously at Ludlow’s monthly meeting.
We learned that Assaying is the process that determines the precious metal content in any alloy now using modern methods of X-ray Fluorescence and Spectrometry. Hallmarking is the marking of individual items which will show the standard mark for gold, silver, platinum or palladium, the Assay Office mark, the date letter and the sponsor’s mark. Hallmarking in England dates back over 700 years to the reign of Edward 1 and then as now it was to protect the public against fraud and the trader from unfair competition in fact it was the earliest form of Consumer Protection.
We were shown a DVD of the Assay Office’s activities and learned that prior to 1771 all precious metal articles made in Birmingham had to go to London, Chester, Norwich or Edinburgh to be Hallmarked. Matthew Boulton  was instrumental in getting Birmingham its own Assay Office, an anecdotal story states that Birmingham’s  mark , came after celebrations at a hostelry , The Crown and Anchor, a coin was tossed Sheffield’s Hallmark became the Crown and Birmingham’s the Anchor. We were given some of the hallmark punches to handle, these are very valuable and security is tight when they are taken from the hallmarking room. We also looked at directories showing year dates. Members, with accessible precious metal items, had fun trying to decipher the date and office where their jewellery had been hallmarked.
The Assay Office in Birmingham was built and opened in 1773 a beautiful building but no longer fit for purpose.  Birmingham’s  current  Assay Office has been sold and in 2015 it will be based in a purpose built building nearby, here visitors facilities will have improved and visitors will be able to observe, from behind a glass screen, the Hallmarking process. Today Birmingham has the busiest Assay Office in the world, last year  3.5 million individual items were hallmarked.
We walked to the Museum and it was interesting to see this part of Birmingham undergoing major regeneration and to observe so many buildings were being saved and being turned into restaurants and shops and not being demolished.
The Jewellery Museum is housed in the preserved factory of Smith and Pepper. We were taken on a guided tour of the factory and learned of the many processes undertaken in this building. The working conditions in the factory were cramped, dark and dangerous but the owning family were very solicitous of their staff.
Although part of a large family finally the factory was run by two bachelor brothers and their sister. By 1981 they were all in their seventies, no younger members of the family were interested in taking over. Legislation was changing working conditions, the Health and Safety Act of 1974 had an enormous influence so the family locked the door on the factory and left ‘this time capsule’ for future generations.
It seemed inconceivable that people were still working in these conditions as late as 1981, I had assumed we were looking at a pre-war factory. In 1960 I worked in Lionel Street hardly any distance away but another world of which I was totally unaware.
Jean Mills 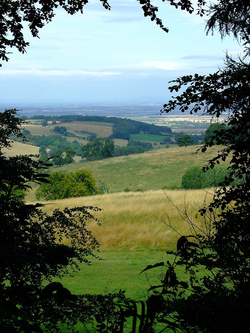 In May, 18 members, friends and former members of the Walking Group went on a walking holiday to Bourton-on-the-Water  which was organised by Mike and Jan Haines. Staying at HF Holidays’ Harrington House we had three days of walking. Each day three walks were available guided by an experienced leader: easy, medium or longer walks through the Cotswold countryside.  In addition to our group there were about twenty others from USA, Australia, Canada  together with those from other parts of the UK.  The weather was very kind to us with the only rain arriving at the end of our last walk and after the cream tea.
A good time was had by all with good food, good company and great walks.
The Walking Group meets on the first Friday of each month starting and finishing at a Pub for a walk of about six miles. New members are welcome.
Ron and Jane Ellwood 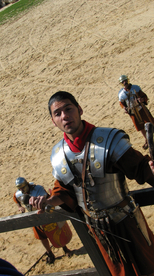 
Starting as a visit for our Art History groups, so many U3A members wanted to join us, we needed a larger bus. We called first at Nature in Art, starting with coffee and a very warm and entertaining welcome from the owner. He described how the Gallery had taken shape, mentioning the famous artists who still support it. The pictures and sculptures were super. There was an artist in residence displaying Book binding and printing near the lovely gardens with many sculptures tucked into garden corners and inside the house, there was an exhibition of book bindings. It was great! We then moved on to the newly renovated Museum & Art Gallery in Gloucester. After lunch, we divided into groups to see the newly discovered underground Roman Gallery with an excellent guide holding us spellbound and everyone enjoying every minute. The Museum has some lovely varied galleries – clocks, silver, ceramics, paintings, Tudor portraits and even a couple of Turner pictures on loan from a London Gallery. Something to suit everyone and a great visit to end our day.  Olwen Hughes 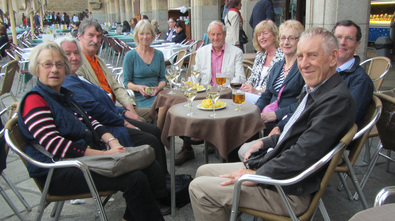 Nine members of the Spanish Beginners and Improvers study group spent the first week of April in and around Madrid to see if the many afternoon group sessions at The Feathers would enable us to communicate in Spanish. We did not operate throughout as one group, although we stayed at the same hotels and ate together most evenings. Our six nights spent in Madrid; plus two in Salamanca enabled us to not only appreciate world famous museums such as the Prado and the Reine Sofia but also to use high speed trains for day visits to Segovia, Toledo and Cuenca. We saw spectacular architecture, used impressive but under-used transport infrastructure and amongst other pleasant evenings experienced an exciting flamenco entertainment in a bar close to the Plaza Mayor in central Madrid. Whether we were reinvigorated in our language study is hard to judge, but thanks go to Raf Moya who was the brainchild behind the holiday and to others in the group who contributed to the organisation of the venture.
Michael and Janice Haines 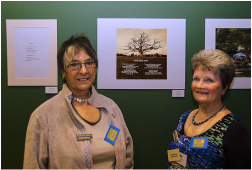 'Fusion Exhibition'  April 2014   At our AGM we were delighted to have an exhibition by two of our study groups, namely Photography and Writing groups.  They had collaborated over the past two years to explore the possibilities of creating images which combine photographs and poems.  The works have either been inspired by a photograph or by a poem.  There was a total of 20 exhibits, with excellent photographs and thought provoking poetry.  Pictured in front of one of the wonderful exhibits is from the left, Barbara Ball our Study Group Liaison Officer and Gill Harnett the Chairman.