u3a in Ludlow is a charity
registered in England and Wales, number 1072055 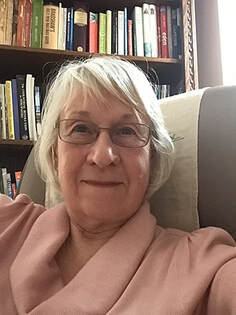 Ludlow u3a  is one of more than 1000 UK-wide u3a charities affiliated to the Third Age Trust that provide the opportunity for those no longer in full-time work to come together and learn for fun. It is all voluntary, friendly, low-cost and open to all.

​u3a members draw upon their knowledge and experience to teach and learn from each other for pleasure; learning is its own reward.

What does being a member of Ludlow u3a offer?
* Being part of an organisation with over 500 members
* Access to over 60 different local study groups
* Opportunity to join nationwide on-line groups.
* Monthly meetings open to all members
* Regular local newsletters and updates
* Five issues a year of the national u3a magazine

Monthly meetings take place on the last Monday of each month (but there are no meetings in July, August and December. The May meeting takes place a week earlier due to the bank holiday).  Meetings are held in the Assembly Rooms and start with coffee and tea at 10:30 in Oscars.  The meeting itself starts at 11:00 in the auditorium. ​

The Discovery of New Worlds  In 1781 William Herschel discovered the planet Uranus and ‘doubled the size of the Solar System’. Since then numerous worlds have been discovered and old worlds have had their surfaces imaged by spacecraft. Andrew takes us on a dramatic voyage of exploration to the worlds in our Solar System telling us the tales of the explorers, of the bravery, of the controversies, and offers a glimpse of worlds beyond, all illustrated by amazing images and accompanied by music.
With a background in Astronomy and Planetary Science and also in Media, Andrew has been active in raising public awareness of astronomy and space science since the 1970s. He has frequently been  interviewed on radio on astronomy, space and history and he often tours the UK with his Odyssey Dramatic Presentations and Lectures.
Study Groups
Members meet regularly in their chosen study groups to discuss and learn topics of mutual interest. Each group has a coordinator who is a point of contact and deals with the practical running of the group. All members of the group share responsibility for the learning that takes place.

​Go to Study Groups to find out more.

​Newsletters
There are 3 issues of the Newsletter each year, in January, April and September. These issues give details of Monday meetings as well as forthcoming events and study group changes. They will be sent by email, or by post to members who do not have email. Newsletters are retained on the Monthly News page of the website and can be accessed here
An email giving up-to-date information on new and proposed study groups is also sent to members on a monthly basis

u3a in Ludlow Committee
u3a in Ludlow is run by a committee of 10 members who are elected annually at the AGM.  Go to Committee to find out who the current members are and how to contact them.

​The Committee is always looking for new ways of developing u3a in Ludlow to meet the needs of all its members. You can find out more about what the Committee does by asking to attend one of its meetings as an observer.

Joining u3a in Ludlow
You do not have to join immediately - come as a visitor.to a monthly meeting or attend a study group meeting as a guest before making up your mind.

​Go to Committee Contact to contact us.  An application form can be downloaded from the Documents & Policies page

If you have any suggestions you would like the Committee to consider please contact the Chairman:
Telephone:  01584 878794        Email:  info@u3ainludlow.org.uk